Herring Summit brings over 100 attendees, from California to Alaska

The Ocean Modeling Forum’s Herring Summit, in collaboration with Canada’s Department of Fisheries and Oceans, was held June 8-10, 2015, at the Executive Airport Plaza Hotel in Richmond, British Columbia. Over 115 people from along the west coast of North America attended the Summit, including representatives from at least 14 First Nations/Tribes; 5 federal, state and provincial agencies; 11 academic institutions; 5 NGOs; and 4 fishing industry organizations. A final list of attendees is available here.

During the Summit there were presentations by 22 experts, and 4 different breakout sessions in which attendees were assembled into 13 different small discussion groups to discuss and develop conceptual models of the herring social-ecological system. The final Agenda is available here.

All presentations given at the Summit are available for viewing below.

Washington Department of Fish and Wildlife (by proxy) 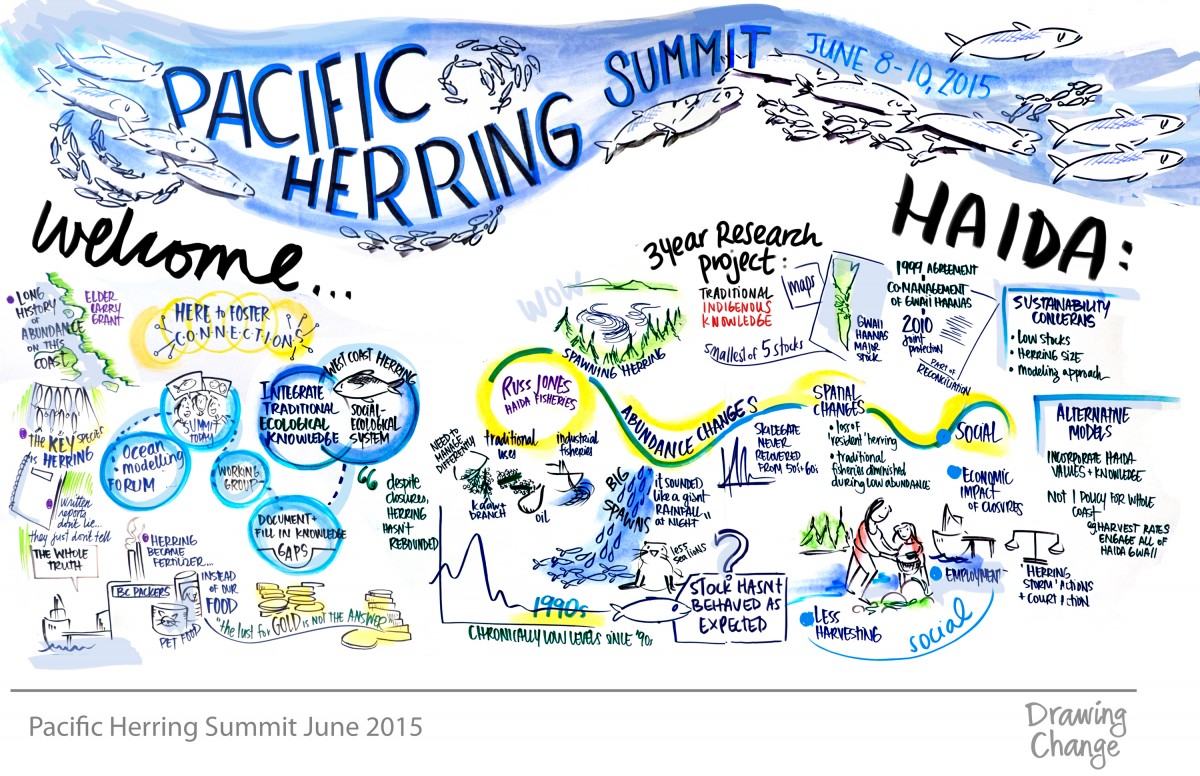 The graphic recording, provided by Sam Bradd, of the presentations providing regional perspectives on changing herring populations on Day 1 of the Summit resulted in stunning images that provided context and content for the remainder of the Summit. Those images are available for viewing below.